Initial Thoughts: Blaming It All on Newton’s Third Law 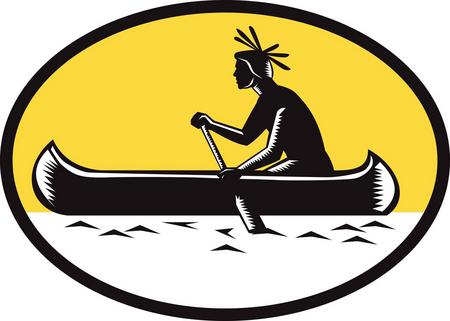 "For every action there is an equal and opposite reaction." ~Isaac Newton

announcement that has been credited

with spawning the environmental

movement. During the spot, Iron Eyes

sheds a tear over the pollution spawned

by the white man on America’s previously

pristine lands. It has become known in

American folklore as the “Crying Indian”

contained rust, itself a pollutant. His

tears soaked into Mother Earth and infected her chosen people. That is why Colorado’s Southern Ute tribe now operates 400 natural gas wells on its reservation and has interests in 1,000 wells, making it the nation’s 13th largest privately held energy producer.

It also explains why the Navajos run two coal-fired power plants in New Mexico. Noxious fumes rise over the buttes and mesas of their revered ancestors, adding to global warming and the ire of the white man. A third and larger coal-fired plant is in the works.

All from the moisture of a single rusted tear.

Moisture also figures in other actions and reactions. If your friends only drank water, you’d be skinny. But they don’t. So you’re fat.

Friendship, it turns out, is the leading cause of obesity. Oh, your spouse or blood relatives can make you fat, but it’s your friends that really pork you. A big-butted spouse is only 37% more likely to pass the lard. A big brother gives you a 40% chance of largess. But if you have friends with expanding waistlines, you’re between 57% and 171% more likely to pig out as well.

So I don’t like you anymore. And I don’t like anyone you like because there must be at least 3 degrees of separation for the fat factor to dissipate. At least if you’re a guy. Apparently I’m allowed to have as many girlfriends as I want. Girlfriends are good for my health. Really, dear. It’s a scientific fact.

I just hope in my quest for a healthier me I don’t hook up with anyone like Lisa Nowak. You remember Lisa. She’s the astronaut who drove cross-country to assault her lover’s girlfriend in a Florida parking garage. Well, because of her stunt, NASA decided it needed to take a closer look at its astronaut program. And in doing so, it found instances where astronauts were drunk when catapulted into space. And now NASA is going to crack down on drinking and flying. Which means I’m never going into space because the only way you’re putting me on top of a roman candle is if I’m thoroughly sloshed.

Thanks Lisa. Another dream shot.

Shots are apparently what got Lindsay Lohan in trouble again. That and telling the cops the black kid was driving just before she was cuffed for yet another DUI. The black kids—apparently there were two of them—and a token white boy have hired a lawyer and are threatening to sue Lohan for endangering their lives.

It could have been worse, I suppose. They could have hailed the devil cab.

Michael Byrne is a San Francisco cab driver. His medallion number is 666. His cab caught fire on a Good Friday some years back, destroying the cab but leaving the medallion untouched. He suffered other “undisclosed” calamities as well since he was awarded that particular number. Michael even went so far as to have the cab blessed at a local church. When that failed, he appealed to the Taxicab Commission to give him another number. They refused. Satan won.

Which brings us back, of course, to the Great Spirit. And if the Great Spirit has taught Native Americans anything, it’s that life is a gamble. Indians without gas or coal have made quite a killing on gambling. In California alone it’s a $7 billion a year industry. In the East, Indian casinos are putting the hurt on Atlantic City.

Which proves, once and for all, that life is in the cards you’re dealt and how you react to them, my friends. Girlfriends, that is.

Sign up for 52 Motivational Writer's Quotes, delivered to your inbox every Monday!​​