It was a good week to be a heterosexual, particularly if you’re a homophobic heterosexual male.

marriage this week, with only Arizona

Score one for the homophobe.

they cherished their right to mingle with

naked women by rejecting a city

and direct tipping at strip clubs. In a city

where it rains all the time, citizens want

Score one for the unabashed heterosexual.

South Dakota voters, meanwhile, rejected a law that banned virtually all abortions. Voters obviously wanted an exception if there was a strong likelihood the baby would grow up to be a politician – or gay, since South Dakota was among the states to ban kissy-kissies among sissy-sissies.

Of course, even those who want to keep abortion optional believe it’s not a good solution to pregnancy. The preference is to avoid unwanted pregnancies completely. To which the gays yell: We’ve got that covered!

And the homophobes reply: Ewwwww. Unless, of course, you’re a manly man and you’re picturing lesbians.

Now let’s say, for the sake of argument, that you are a manly man. According to the National Institute of Health, 35 percent of children conceived by manly men were not anticipated when said manly men engaged in that most healthy of practices between a man and a woman, for whom marriage is reserved.

]And, so, because manly men can’t trust the fairer sex to keep up with birth control, scientists are pushing hard for a male contraceptive. One promising substance produced infertility in mice, but recently proved ineffective in Homo sapiens.

Which kind of put a damper on another study manly men were watching with great expectations, a way to restore the sight of mice suffering from macular degeneration. Solo manly men whose mothers called them degenerates and who warned them about threatening their eyesight hope it helps them too.

Knowledgeable women nod their heads while reading this, finding no surprise that scientists released evidence this week showing man does, in fact, have Neanderthal blood coursing through his veins.

Hidden among the good news this week was a spattering of disturbing trends. In addition to Arizona thumbing its nose at heterosexual superiority, Glendale, California, is battling over another manly man ritual, outdoor barbecuing. Although the ban currently extends only to commercial establishments, manly men everywhere, who like to wear aprons outdoors, are concerned this may set a precedent.

Another disturbing trend involves men who have abandoned their manly man image in favor of being “sensitive” men, which is only a step away from being a sissy-sissy. I give you by way of example the explosion of “procreation vacations.” Couples can choose from a variety of options, which include sex doctors, heart-shaped boxers, Barry White music, oysters, couples massages, pumpkin soup, and a sea moss elixir. Manly men don’t need sex doctors, although if the other stuff gets a woman in the sack ….

So while it was a good week overall, we must not let down our guard. Gay marriage was defeated in seven of eight states, but pro-sissies noted the percentage of folks voting in favor of same-sex unions is growing. And one of the loudest voices against unnatural acts, the Rev. Ted Haggard, was exposed by his fruitcake friend. If this trend continues, only gays who look good in flowered aprons will be allowed to barbecue outdoors, amendments will be passed requiring men to send flowers to their spouses weekly, strip clubs will be banned, and Playboy will be relegated to natural history museums.

It’s enough to make me cry.

(This column is dedicated to the memory of Ed Bradley, gentleman journalist.) 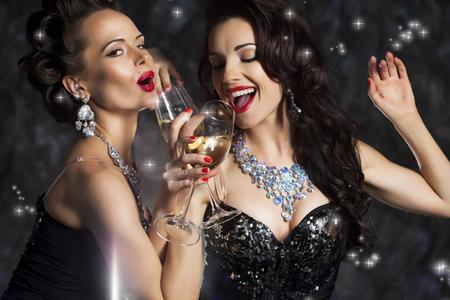