Only 4% who responded to a New York Times/

CBS News poll cited the imminent end of the

world as the reason for global warming. The

other 96% believe that humankind, with its

superior intellect, can solve the problem, if,

in fact, it is a problem.

blame humans for the woes of the world.

They look at our bestial perversions, such

as incarcerating pandas and forcing them

Sumatran rhinos, for one, won’t put up with it.

They won’t get it on if humans are watching,

even if Marvin Gaye sings in the background,

which is why they’re nearly extinct. It’s their

own fault, you know.

In response to our voyeuristic and environmental perversions, animals have gone on the attack. Some have adopted suicide tactics, such as Washington, DC-area foxes that have infected themselves with rabies and attacked humans with greater frequency—up 150% in some areas from 2005 to 2006. And, if you think animals are thankful humans finally have taken global warming seriously, think again. The mid-Atlantic region became a “hotbed” for rabies when Rocky Raccoon brought the disease to the area in the mid-1970s, just as the earth movement was getting underway. They’re just not impressed.

But we try anyway. Some colleges plan to operate fully on “green electricity,” such as that provided by the sun and wind. Some states are considering a ban on incandescent bulbs and requiring only the sale of compact fluorescent bulbs. (Never mind, of course, that fluorescent bulbs contain mercury and must be disposed of at special toxic waste facilities.)

California cities are providing valet bicycling services to woo people out of their cars and on to a couple of people-powered wheels. Which is all well and good. But has anyone yet done a study on the toxicity of all that body sweat entering our atmosphere, and the tons of deodorant it will take to make men and women want to make whoopee again? F’sure, the new Internet Barbie, which can play music and connect to the world through one’s computer, may take up some of the boys’—and even some girls’—time, but eventually we all need the real thing. There are costs, people.

The state of California may sue the federal government for dragging its feet on whether or not California can force carmakers to cut greenhouse gas emissions. The Environmental Protection Agency had said it was awaiting a U.S. Supreme Court decision on whether it had the power to do so. Three weeks ago, the court said, yup, you got the authority. Now the EPA is deciding whether or not greenhouse gases are an “endangerment.” Sounds like a no-brainer, but nothing is brainless in this life.

After all, if the earth is warming so intently, then how did 100 long-line boats containing about 450 seal hunters get trapped in a tightly packed 140- by 70-mile ice field that even Canada’s largest ice breakers are having trouble getting through—in late April?

Earthlings simply aren’t intelligent enough to have a clue what’s happening to the Earth and global warming. For proof, I give you the dog.

We’ve been living with dogs now for—how many millennia? They are, we’re told, man’s best friend. Yet we just figured out—in the Year of Our Lord 2007—that dogs are happy when their tails wag to the right and angry when they wag to the left. We just figured that out. After several millennia. Are we that bloody dense?

But have no fear. Once Planet Earth is uninhabitable there are others we can invade. Astronomers just found one a mere 20 light-years away, orbiting Gliese 581. (I always knew Gliese 581 was special.) That planet is about five times the size of Earth, giving us plenty of room and time to screw it up.

And we will. Because that’s what we do. At least in the reality of our own minds. 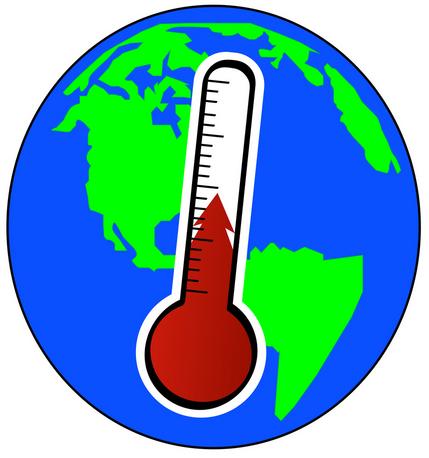