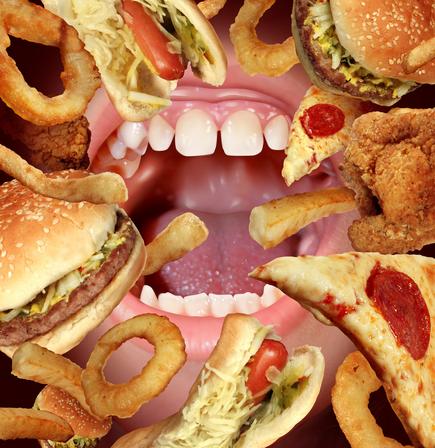 Headlines such as these are in America’s

newspapers nearly every day. Yet some people

just don’t get the message.

than any other age group and is grave cause

Mary Dorothy Christian was the last to go,

passing into the great beyond just two months shy of her 114th birthday. She craved Kentucky Fried Chicken and Hostess Twinkies, had been divorced since 1922, and lived alone until she was 102. No wonder she died.

Living in San Pablo, California, probably didn’t help. It’s too laid back; slows down the metabolism.

New York City, on the other hand and on the other coast, boasts more than just great nightlife. It enjoys the highest life expectancy in the United States. Dodging terrorists and taxis apparently keeps your heart pumping. And although statistically you are more likely to die of a terrorist attack or crossing the street in New York than anywhere else, those who survive are much better off.

(Actually, while New York suffered the highest number of pedestrian fatalities in 2001, deaths per capita were highest in the Floridian meccas of Fort Lauderdale, Miami, and Tampa, places former New York drivers move to when they’re too old to maneuver Manhattan streets.)

Like Ms. Christian, John McMorran lived a wild and wooly life until he died earlier this year at the tender age of 113 years and 250 days. McMorran had several girlfriends at his nursing home, chewed tobacco, and smoked cigarettes and a pipe until he was 97, and drank coffee up until the last drop. He died in Lakeland, Florida, but was not hit by a car.

Also of noted passing recently was diet guru Dr. Robert Atkins, whose diet of meat, eggs, and cheeses horrified the medical community in the early 1970s. He lived to see a half-dozen medical studies seemingly vindicate his work, then slipped on some ice, into a coma, and died. He died in Manhattan at age 72, giving him the ironic footnote of possibly helping to lower New York’s life expectancy stats for 2003.

We still do not know the secret of longevity, Dr. Stephen Coles, a UCLA researcher and cofounder of the Gerontology Research Group, noted. Seemingly harmful substances can have no effect, and the supposedly benign can kills us.

Just ask Pedro and Margarita Giron of Santa Maria, California, how dangerous vegetables can be for one’s health. They were injured when a produce truck lost its load of broccoli on their car, sending them both to the hospital.

It’s best not to fret about it. After all, humanity is a million years older this week than we thought it was last week, at least according to a new study “based on a controversial and still experimental technique.”

Aren’t they all though?