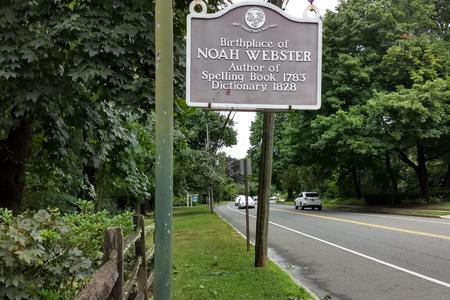 Has the Time Come to Make English Phonetic?

Should English be phonetic? (If it was, “phonetic” would be spelled “fonetik.”)

“America’s schoolteacher,” is the father of

the American English dictionary and the

course, is the father of everything else. If

these two giants of American history

couldn’t do it, could it be done?

Possibly. Franklin and Webster worked on

it in the final four years of Franklin’s life

while Webster was still a young man. Had

Franklin lived longer, would Webster have

pushed ahead further? After all, Franklin had been pushing for spelling reform far longer than Webster. Also, if Webster had had a thicker skin, would he not have caved to ridicule after Franklin’s death?

I asked Jennifer DiCola Matos, executive director of the Noah Webster House & West Hartford Historical Society, if Webster would have pushed for changes in English spelling if it were not for Franklin.

“I don’t know the answer to that question. That’s hard,” Matos said. “I will say in the first editions of his [Blue Back] Speller, you don’t see the changes in spelling that you see later.” Without negating her first answer, she conceded later, “I would say (Franklin) was a very strong influence.”

“Obviously, here’s Noah Webster. He’s a farm boy. He’s the only person in his family to go to college. He has no idea he’s going to be this very prominent person in American history and, being a young man, I’m sure meeting Ben Franklin would be awe-inspiring. … He’s very taken with him and I’m sure he wants to please him in some ways.

“I don’t know if he would have pursued it as much as he did had Benjamin Franklin not been there kind of supporting him, encouraging him, and also offering his support. … He wouldn’t want to make Benjamin Franklin mad, right?” she said with a laugh.

After Franklin passed, did Webster then drop phonetics?

“My understanding is he persisted for a little while,” Matos said. “He publishes something that gets very harshly criticized, where people are writing responses in the newspapers in phonetic spelling to make fun of him, and I think that may have helped stop the future continuation of those ideas.”

So, we’re stuck with an unphonetic language. Or are we? Perhaps the time has come to reconsider altering spelling to make it conform better to how we speak. After all, four of the six reasons Webster laid out in a 1786 letter[i] describing why he wanted to work with Franklin to create phonetic English resonate today:

“The advantages expected from a reformation of the language are:

“1st. It will render acquisition of the language easy both for natives and foreigners. All the trouble of learning to spell will be saved.

“2.. When no character has more sounds than one, every man, woman, and child who knows his alphabet can spell words, even by the sound, without ever seeing them.

“3. Pronunciation must necessarily be uniform.

“6. A national language is a national tie, and what country wants it more than America.”

I currently reside in northern Virginia, just outside our nation’s capital. For many of my friends, English is their second, third, or—in one case—seventh language. Number one on Franklin’s list—rendering acquisition of the language easy both for natives and foreigners—would make assimilation much easier for them.

I believe it’s time to take another look.

(Next: Webster’s Branding of America)

Sign up to have 52 Motivational Writers Quotes delivered each Monday to your inbox.​​