History of the United States Flows through Fairfax County, Virginia

Tom is available to speak to your organization.

The history of the United States flows through Fairfax County, Virginia. Two of our Founding Fathers called the county home, George Washington and George Mason. Washington and Mason were the brains behind the Fairfax Resolves, the first document to outline the colonies’ grievances against England.

But it goes much further back than that. Capt. John Smith

explored the Potomac River area of the county as far north

as Great Falls in 1609, shortly after the founding of

Jamestown. And, it didn’t end with our first president’s

death, either. The first turnpike in America, a 15-mile

stretch of Little River Turnpike, ran through the county

the same year as the U.S. Capitol and the White House.

And, of course, one of the first land battles in the Civil War

occurred at the courthouse, which led to the first

Confederate officer to die in the war. A monument to the

courthouse. The monument faces north, as do the two

Civil War cannons on either side of the monument.

Those are some of the tidbits Jenée Lindner, president

of Friends of the Historic Fairfax Courthouse, shared

Wednesday at the courthouse during a lecture titled,

“Who Was the Fairfax Family? The Colonial History of

Fairfax County.” The lecture was part of a series of

The county receives its name from Thomas Fairfax, 6th

Lord Fairfax of Cameron. He is the son of Thomas Fairfax,

heiress to Leeds Castle, Kent, England, and of the land

that would become Fairfax County. While Fairfax laid claim

to the land with his marriage to Catherine, Culpeper

County and the incorporated town of Culpeper, about an

hour’s drive southwest of the courthouse, pay tribute to her

family’s contributions to the founding and development of Virginia.

Culpeper met Fairfax when he rescued her after a probate hearing during which she successfully wrested control of her inheritance from her father’s mistress, Lindner said. She was just 19 and a mob of men clawed at her following the judge’s decision. Lord Fairfax picked her up and carried her safely to her carriage. The rest, as they say, is history. (Actually, that’s history too, if you’re keeping score.)

Our nation’s first president is closely

tied to the Fairfax family. The family

customs and traditions after

was 11. Washington and Bryan Fairfax,

Not surprisingly, Bryan Fairfax and

Washington had different views of

strongly urged Washington not to

endorse the Fairfax Resolves. He wrote a lengthy letter outlining his protests that was delivered to Washington the day of the vote, Lindner said. But Fairfax remained neutral during the war.

After the war, the two men socialized regularly. In a sign of how strong their bond was, Martha Washington asked Bryan Fairfax to be chief mourner at Washington’s funeral. Martha was too distraught to attend.

Mason’s ideas also crossed the Atlantic Ocean. His Declaration of Rights influenced the French Declaration of Rights of Man and the Citizen, which was issued after the French Revolution. Not to be outdone, the Fairfax influence crossed the continent when Charles Snowden Fairfax, 10th Lord Fairfax of Cameron, caught the ‘49er Gold Rush fever. He and his wife, Ada, officially settled in Marin County, California, in an area now called Fairfax, California, in 1855.

Fairfax County, Virginia, has had its economic ups and downs over the centuries. It remained primarily agricultural until its growth spurt began in 1930, coinciding with the growth of the federal government under President Franklin D. Roosevelt. Today its economy is diverse and international, with 400 foreign-owned companies representing 45 countries operating within its borders, along with eight Fortune 500 companies. And the county continues to influence. Celebrity database company IMDb lists 113 celebrities who were born in the county. Olympians and an astronaut also called the county home.

Although the Fairfax nobles have resided exclusively in London, England, for three generations, Nicholas Fairfax, 14th Lord Fairfax of Cameron, will cross the pond to help celebrate the anniversary with his wife, Annabel. While here, he will lecture on what Brexit means to Great Britain and the European Union. The Fairfax history and its effect on the world continues. 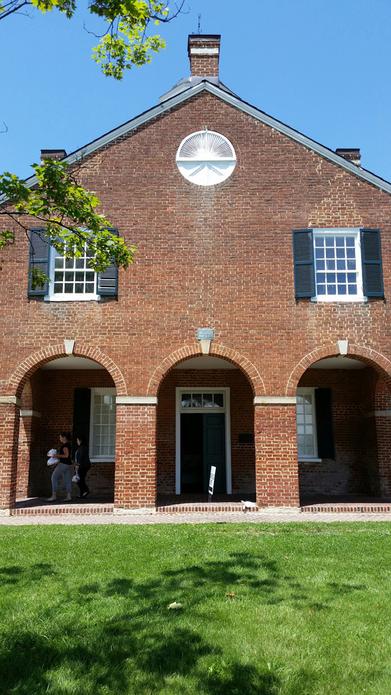 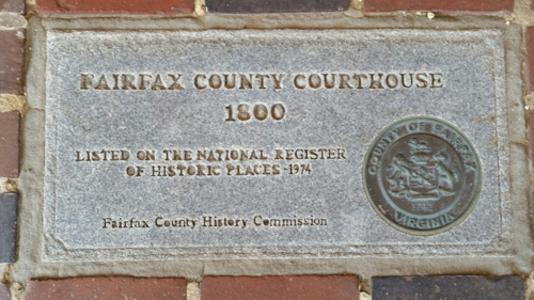