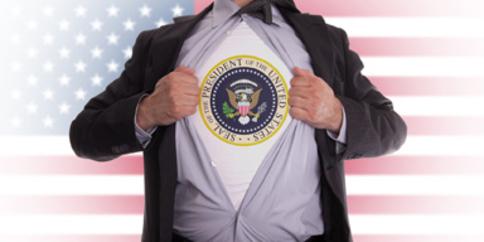 Three weeks ago, I wrote these words:

“The majority of the American people do not like

Hillary Clinton and do not trust her. But she will

win over Donald Trump, and win handily, because

hers is the more disciplined campaign.”

on those words and ate them.

As a professional communicator and the veteran

of several political campaigns, I firmly believe, as I wrote three weeks ago: “The No. 1 rule of any campaign—political or otherwise—is to stay on message. Being disciplined doesn’t guarantee success. But being undisciplined guarantees failure.”

President-elect Trump did everything wrong from a communications standpoint. He frequently veered off message. He consistently took the Clinton bait and kept a controversial story alive for days after it should have died from inattention. He lacked the get-out-the-vote structure every campaign needs to win.

Trump broke all the rules of modern-day politics and won. Why? Was Clinton that weak of a candidate? Is the electorate so undisciplined that Trump’s Wild West campaigning from an Ivory Trump Tower appealed to them? Was his seemingly undisciplined campaign weirdly disciplined?

A number of factors were in play, starting with yes, Clinton really was that weak a candidate. She is no Bill Clinton and no Barack Obama. She fails to inspire. Breaking the glass ceiling was not enough of a reason for Democrats—who have to be REALLY inspired to make the effort to vote—to strike a ballot for the team. Clinton stood for the status quo. Few are inspired by the status quo, particularly during the longest recovery in U.S. history peppered by ever-rising health insurance premiums and deductibles.

Clinton also took voters in Michigan and Wisconsin for granted—another usually fatal mistake. Never make your friends feel like stepchildren, especially when those friends are in a world of economic hurt. Trump’s six trips to Michigan stood out precisely because no one expected him to win there, but it showed he cared for their plight. Clinton’s last-minute visits were too little, too late.

So Trump pulled it off. Possibly he is the only one who could have because I believe the rule still applies to us mere mortals: “Being disciplined doesn’t guarantee success. But being undisciplined guarantees failure.” He overcame that by not standing for the status quo, by not taking voters for granted, and by being weirdly disciplined in the final weeks.
With digested words, I congratulate you, President-elect Trump. I wish you and my country well.

I Sprinkled Salt and Pepper on My Words and Ate Them