This week we look at crime and justice.

I can vouch for the crime. Justice is a bit murky.

release of Alpha Dog, a movie based on a

real-life murder and the aptly-named, only-

never-happened and the antics of the

district attorney, Mike Nifong; and whether

or not Yoko Ono did the nasty with her

chauffeur before accusing him of extortion.

We’ll skip the rash of politicians who make

it weekly into the news accused of crimes and

ethical lapses large and small, including Chicago Alderman Arenda Troutman, who was arrested on charges of bribery but keeps her council seat; Roosevelt Dorn, who was re-elected to a third term as Inglewood, California’s mayor despite allegations he abused the city’s low-interest mortgage program; and former national security adviser and compulsive liar Sandy Berger’s apparent document kleptomania.

No let’s instead take note of the St. Louis man who bought a gun for his wife because he worried for her safety. He served her a warm beer. She shot and killed him. Guns don’t kill people. Warm beer kills people.

Or the yahoos who were staying in a Southern California inn—along with eight pounds of marijuana and $44,400 in cash. They went on a bender and got evicted. During the eviction, the cops found their stash.

James Brown’s spirit is alive and well in Alabama, where two gentlemen got into an argument about the Godfather of Soul’s height. It’s apparently a touchy subject and, in true James Brown tradition, escalated into a gun battle. The loser is recovering in a hospital. The winner’s in jail.

And in a story right out of a television crime drama, a Texas teenager is refusing to have a bullet removed from his skull because it might implicate him in a burglary and attempted murder case.

Note also the fate of Santa Barbara County, California, Superior Court Judge Diana Hall, who decided this week not to challenge her removal from the bench for, among other reasons, not properly disclosing a $2,000 campaign loan from her lesbian lover. Her lover’s name? Ms. Dykeman.

But at least California removes its wayward judges. In North Carolina you can fleece an Alzheimer’s victim, lose your law license, and yet keep your robes, albeit without the ability to hear cases. District Court Judge James Ethridge did finally voluntarily resign his post, but only after collecting $25,000 in salary for not sitting on the bench. Ethridge says the state bar made a bad decision in taking his license, and vows to appeal.

Appealing your arrest or conviction, of course, is your right. And, should you be falsely accused, take the case of Tommie Rice to heart and vehemently declare, “I didn’t do it!” Nashville police arrested Rice and extradited him to Maryland to face a sex offense charge. Rice apparently told Nashville police he had never been to Maryland, but otherwise didn’t raise a fuss. On the advice of his public defender, Rice even waived extradition. Once in Maryland, authorities finally fingerprinted Rice and discovered he wasn’t the man in the wanted poster. Rice had spent Christmas and New Year’s in jail. Upon his release, Maryland authorities sent him to a homeless shelter. He’s hoping relatives will send him the cash to get home. I’m not sure they want him back.

Yet despite all the negativity, there’s some light in the justice system tunnel. Thirty-two French National Police officers are in Los Angeles training alongside the West Coast’s finest. On Monday, they will be deployed with Beverly Hills police to guard the Golden Globes Awards where they will, no doubt, be serving freedom fries and discussing George Bush’s IQ with Hollywood’s elite.

And that’s justice in America. Or, in the immortal words of Rolling Stones rocker Keith Richards: “I’ve never had a problem with drugs.  I’ve had problems with the police.” 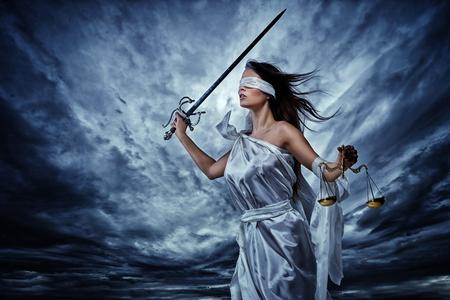