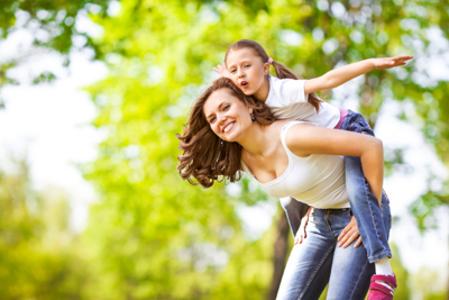 Rarely does one receive even a single clear sign that civilization as we know it has come to an end, but the signs were all over the place this week and clear as silver tequila.

First came the news that the plastic pink

flamingo, the symbol of 1950s stability

and way too much disposable cash, has

ended in June. The plant that propagated

the ticky-tacky lawn ornaments should

Then we learned that married people in

the United States have gone the way of

Marrieds are now the minority. According

to Census figures analyzed by the New

York Times, 5.2 million heterosexual but unwed couples now live in sin. Add to that the male couples who bunk together in 413,000 households and female couples who roost in 363,000 homes. Ozzie and Harriet are turning in their graves.

Still, while marriage is down, reproduction is up. Six years ago, same-sex couples were raising more than 250,000 tykes, according to the U.S. Census Bureau.

Then, just this week, demographers announced the 300 millionth U.S. resident popped out. Elmhurst Hospital in Queens, New York, claimed to have delivered the record-setting ankle biter. So did New York-Presbyterian/Weill Cornell Hospital in Manhattan. Others placed the birth in Atlanta, or perhaps Los Angeles. To remain politically correct, all the parents tapped for the honor claimed to be married. If we’re not ready for gay marriage, we’re not ready for gays to break birthing records.

But most agree the new American probably wasn’t caucasian, causing Archie Bunker to spin with the Nelsons.

In simpler times, when mom and dad lived together in wedded television bliss, one of them took the time to explain the birds and bees to their children. Remember that talk? I don’t either. Regardless, it seems birds and bees are going the way of marriage. Pollinators are joining the ranks of pink flamingos and wedded bliss.

Honeybees are becoming so rare that U.S. farmers actually had to import them this year for the first time since mommies and daddies were licensed to reproduce.

But even scarier this week before Halloween is the potential extinction of the Mexican long-nosed bat. The Mexican bat pollinates the agave plant. Think people, think! The agave plant gives us tequila! A crisis indeed!

In response to this impending doomsday scenario, the U.S. Postal Service has issued four stamps to raise awareness. How quaint. I think I need a stiff one.

So let’s recap the signs. The 1950s are dead, as are pink flamingos and marriage. Those partaking in sin and acts against creation are more fertile than Ozzie and Harriet, which isn’t surprising since the Nelsons slept in separate beds. But even if licensed parents wanted to explain sex to their children, there aren’t enough birds and bees to go around.

“I am hoping that someone will come forward and save the plastic pink flamingo from extinction,” Dennis Plante, president and chief executive Union Products of Leominster, Massachusetts, the flamingo manufacturer, told the South Florida Sun-Sentinel.

The end of civilization indeed. We’re going to need that tequila, people.