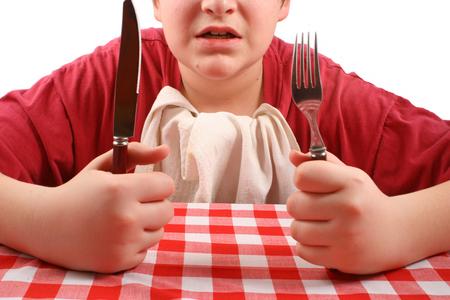 
Thursday is Thanksgiving, the day we give thanks for growing the biggest butts in the world.

And just in time for the Saturnalian

celebrations, we find that chocolate is

endurance and longevity, and hunger

has been eliminated in America.

Could there be a better time to be a

Chocolate, it seems, has properties similar

to aspirin. It thins the blood and prevents

A word from our lawyers: Side effects include obesity, diabetes, and tooth decay.

But, hey, just have some red wine with that chocolate bar. Wine, scientists found, protects animals from obesity and diabetes! Now we’re talking!

And, the scientists reported, the mice suffered no noticeable side effects!

A word from our lawyers: The dosage required to buff the rodents equaled hundreds of glasses of red wine a day for a human. Side effects may include boisterousness, vomiting, intense affection for males and females alike—“I love you, man”—and snoring loudly while lying on the bathroom floor.

But those inclined to drink to excess anyway now can claim they’re doing it for their health.

As you drink and eat to excess this holiday season—you know you will—you may do so guilt-free. The federal government has declared that the hungry have disappeared. Oh, we may have some suffering from “very low food security,” but they’re not hungry.

They used to be hungry, but the U.S. Department of Agriculture determined it could not measure the “discomfort, illness, weakness, or pain that goes beyond the usual uneasy sensation,” which comes from “prolonged, involuntary lack of food,” so they scrapped it. If we can’t measure it, it doesn’t exist. The old system was giving us terms like “food insecurity without hunger” and “food insecurity with hunger.” So confusing.

Equally confusing is the report this week that several food companies have voluntarily agreed to avoid marketing unhealthy foods to children. Among the good corporate citizens are those we normally associate with food without substance—McDonald’s Corp., Coca-Cola Co., and PepsiCo. But Campbell Soup Co.? I thought soup was supposed to be good for you. So that’s what’s making me fat. I’ll never eat it again. “M’m! M’m! Good,” my gluteus maximus.

Hershey Co., of course, is salivating at the chocolate health study. “Give her a kiss, a Hershey’s KISS,” the advertising will say. “It’s good for her heart, and yours.” (I want royalties on that one.)

I shouldn’t have been surprised at Campbell Soup. Earlier this month a New England grocery chain released a star-rating system for the foods on its shelves. Among the items to receive no stars, and therefore determined to be of little health value, was Campbell’s Healthy Request Tomato soup. Also on the list was V8 vegetable juice, Lean Cuisine and Healthy Choice frozen dinners, and yogurt with fruit.

A Campbell Soup representative was incensed. “We don’t like the idea that there are good and bad foods out there,” John Faulkner, Campbell’s director of brand communication, told the New York Times. Then why did Campbell’s feel the need to add the “healthy label” on their product? Doesn’t that connote there’s an unhealthy variety?

Added A. Elizabeth Sloan, who tracks the food industry: “Nothing is healthy if you get right down to it, except mother’s milk, and that’s probably got too much fat.”

Love the container, though.

So there you have it. Eat, drink, and be merry, this holiday season, be it on turkey, ham, chocolate, wine, or mother’s milk.

Never has poison tasted so good—and been so good for you.