There is, however, no doubt about God’s

of bringing balance back to male-female

roles. God is on the verge of slinging us

back to the Stone Age kicking and

screaming so men will be men and

For decades, America has led the world

flying women found out this week.

plan, if not the natural balance of things.

Nancy Pelosi is our nation’s first-ever

female Speaker of the House. She’s a grandmother and founder of the so-called Mommy Party. When she took to the podium to be sworn in as speaker a month ago, she surrounded herself with children and was bedecked in pearls.

All was good and celebratory. Until this week. This week she whined because she wasn’t being treated as a man. The male-dominated military wouldn’t give her a government plane that would take her to her homosexual-haven home of San Francisco without having to stop to freshen up. They had given one to her predecessor. But he was a man. A burly man. A man’s man. A former high school wrestling coach. Denny Hastert never wore pearls. Or lived in San Francisco.

“As a woman speaker of the House, I don’t want any less opportunity than male speakers have had,” Pelosi told the media.

And contrary to feminist expectations that the male chromosome will disappear in 10 million years, the Y chromosome is alive and well, scientists report. True, the maleness of the chromosome world is naturally “worn down and misshapen as a stubbed-out cheroot.” But it’s been that way for 6 million years. We don’t care.

Consider another barrier-breaker in this week’s news. U.S. Navy Captain and astronaut Lisa Nowak donned a diaper and a wig and drove cross-country to attack her fantasy lover’s girlfriend. It’s hard to imagine the same headlines if Nowak had been a man, girly headlines like “For Astronauts and Their Families, Lives With Built-In Stress” and “Astronaut suffered ‘mental anguish.’”

“It’s definitely a challenge to do the flying and take care of even one child and do all the other things you have to do,” Nowak told the Ladies Home Journal when she was still a role model. “But I learned that you can do it.”

At least, perhaps, that’s the way it’s supposed to be. And, because we’re violating God’s and nature’s laws, God and nature are taking retribution. Mother Earth is so angry she’s hot. The end is near, politicians and reverends tell us.

So, if you’ll excuse me, I have to practice making fire by rubbing sticks together. And pounding on my chest. 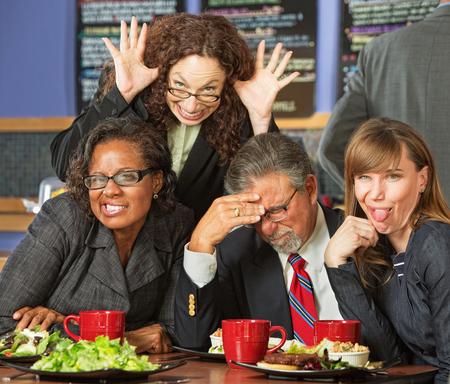