Whenever someone asks if I have a story file, I say, “Yes,” and point to my head.

But after attending two storytelling workshops in recent weeks, I

have started a written story file. Retrieving stories from a brain that

can’t remember why it directed me to walk into a room is iffy at best.

I’ll probably miss the best one to illustrate the point I want to make.

What kinds of stories should go into the file? All kinds, because you

never know how they may fit in. For example, here are a few stories

from my file that haven’t made it into a speech yet, either because

haven’t raised a point yet that they fulfill.

Story 1: I was climbing up a tree-lined mountain trail with a 50-

pound pack on my back. I was 11 years old and 80 pounds soaking

wet. And I was soaking wet. It had been raining since my Boy Scout

troop began the climb. The rain turned to hail. The hail turned to

snow, then back to rain. Rivers of water pushed rivers of mud

beneath my feet. I slipped and fell, my cold young hands buried in

the nearly freezing muck. I began to cry. Our scoutmaster, my dad,

pulled me up by my collar. “Real men don’t cry,” he growled. “Get

Fast-forward 41 years. My 19-year-old daughter was diagnosed with

cancer. We rode the muddy river through hell, up the mountain and

back again. One night we nearly lost her. On my way home from the hospital, a river of tears broke the dam. I was crying so hard there may as well have been a blinding thunderstorm outside the car. But the storm was behind the wheel, not in front of it. Unable to see, I pulled onto the shoulder until the storm passed, thunder erupting from my vocal chords as my body shook in violent spasms.

OK, that’s actually two stories that make a point. Perhaps I can find a couple more and actually make a speech from it. The next two don’t make a particular point, yet.

Story 2: My wife and I were concerned my dog, Galadriel, would be a danger to our newborn twins. Galadriel by then was about 7 years old and never liked children. She had to be locked up whenever children visited because she would attack them. A day or two after the twins came home, some friends came over to meet them. Galadriel knew the couple and liked them. But when we sent them down the hall unescorted, Galadriel scooted past them, sat at the entrance to the twins’ bedroom, bared her teeth, and growled. It was only when my wife and I came down the hall that our friends were allowed in the bedroom. Those were her pups now.

Story 3: Matt and Peter Viaggio lived across the street from my two older brothers and me. We were good friends. Except when we were fighting each other, which was often. At those times, our parents would forbid us from seeing or playing with each other for a week or a month, depending on the seriousness of the fight. After a few days, however, we were sneaking in play time. I don’t think we fought while we were on suspension—but we would as soon as the suspension ended!

Those three stories are among the first dozen to go into my story file. With more than six decades of memories, there will be many more. What’s in your story file? Have you written them down or are they still bouncing around your head? If they’re in your head, do you remember why you walked into the room?

Tom is available to speak to your organization.

Move Your Story File Out of Your Head 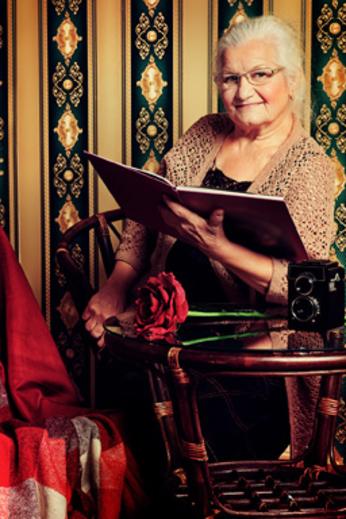