Ever since I can remember, potatoes have been a staple. My mom would skin and boil russet potatoes, then mash them—heavy on the butter and salt, light on the pepper and milk. Much Irish blood coursed through our veins, so it was to be expected.

We also lived on Long Island, where potato farms

flourished. If you have ever picked a tomato fresh

from the vine and sunk your teeth into it, you know

the sensation of the juices flowing freely and

the dirt off before sinking your teeth into it.)

Our Long Island potato claim to fame was Major

Yastrzemski, who grew up on his father’s

conditions were favorable, we could pick up the

games across the Long Island Sound on AM radio

and hopefully catch the crack of one of Yaz’s 452

When I was 19, I decided to try my hand at potato

salad. It’s common knowledge that you just can’t beat potato salad fresh from the neighborhood deli. So I didn’t try. I took a complete turn on the recipe. First, while I scrubbed the russet potatoes, I left the skins on. That’s where many nutrients not found in the tuber are, I’ve been told.

I cut the potatoes into cubes and boiled them until they could be skewered easily but remain firm. The cooked potatoes were then drained and allowed to cool. Once cooled, they were set in the refrigerator to solidify overnight so they wouldn’t fall apart when mixed with the other ingredients. I also boiled two or three hard-boiled eggs and refrigerated them overnight. In later concoctions, I added a pound of bacon, which I cooked and allowed to dry overnight. (Bacon scavengers—aka my daughters—usually left me about a half-pound for the salad.)

The next day I diced an onion and green bell pepper and chopped two carrots into bitable bits. I also chopped up the florets from a large bunch of broccoli.  Next the bacon was chopped into small bits, then the eggs. Everything was dumped into a mixing bowl with the potatoes and a liberal amount of mayonnaise. Salt and pepper were added to taste and everything was spoon-mixed well together. I then spooned the salad into a storage container and placed it in the refrigerator overnight. Overnight is where the magic happens, as the flavors of the onions and peppers permeate through the mixer. Before serving, I garnished it with thin green pepper and carrot slices.

I continue to make potato salad today. Some friends refuse to attend my parties if I do not promise to make enough for them to take home.

My wife improved on my mom’s mashed potato recipe. (The joke in our house is that no one has to put mashed potatoes on a holiday menu, because as long as I'm eating, it's a given.) My wife made hers heavy on the butter and pepper, light on the salt and milk. (Our daughters would taste test and add salt nearly every time.) But she also added chopped bacon and cheese to her recipe. It’s a recipe I copied as I carry on her tradition.

Tubers are terrific and potatoes have been my comfort food my entire life. I made a batch of mashed potatoes last week to comfort me as I shelter in place. What comfort food are you cooking to get you through this pandemic? Let me know and I may feature it in a future column.

Sign up to have 52 Motivational Writers Quotes delivered free each Monday to your inbox.​​

Potatoes Feed My Crises with Comfort 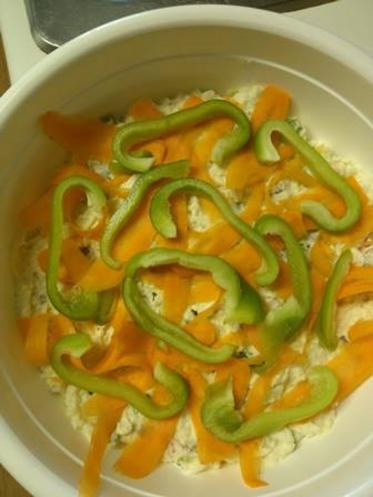