Mothers and fathers are spending more

time with their kids than ever before—

even more than in the halcyon days of

Leave It to Beaver and Father Knows Best—

and are still suffering mom guilt and dad

mind-controlled kids who will never leave

they spend with their kids from 2.5 hours

But we seemingly aren’t teaching them much about morals and good manners during said “quality time.” Instead, we’re raising kids who hoist a 14-foot “Bong Hits 4 Jesus” banner, get suspended from school for it, then take a First Amendment case all the way to the U.S. Supreme Court, represented by none other than President Clinton’s legal nemesis, Kenneth W. Starr.

But, then, consider this: We’re also raising kids whose claim to fame is having the nation’s smelliest shoes, won this year by a 13-year-old girl from Utah. That may, in fact, be a corollary to moms spending so much more time with their kids. Mothers are doing 40% less housework now than they did 38 years ago so they can suck up to their little darlings. Either way, it just stinks.

Kids today also have no respect for authority. We’re raising kids who wear Tigger knee socks—Tigger knee socks!!!—to school in clear violation of the school’s dress code. Hopefully, the girl’s foot linens were at least clean. This wasn’t the first time the 14-year-old has been disciplined. She was sent home earlier for wearing T-shirt with—wait for it—a drug prevention message!

The Napa, California, school authorities probably would have put her up against the wall and shot her for a “Bong Hits 4 Jesus” shirt.

Much of the “quality time,” of course, is spent shuttling the sniffling brats to sports, Scouts, music lessons, church activities, and the like. All time is structured, to the point that kids are lost without it.

As a result, their growth is stifled. A 2003 study determined that Americans don’t begin adulthood until age 26. In the 1950s, women married and left home at age 18. Today’s average kid lives with mom and dad until age 21.2. Heck, they don’t even get a full-time job until then. They don’t marry until well into their quarter-century and have kids a year later than that. If we keep this up, parents will be dead before the kids move out.

Of course, if they truly never grow up, they have a great future as entertainers. Short Entertainment, which books dwarfs for parties and other live events, is expected to double its profits this year over last.

But I digress. The point is we’re not doing our children any favors by fulfilling their every whim. Perhaps we should take a page out of the animal kingdom. If guinea hen chicks can’t keep up with mom, mom leaves them behind. Mama pandas give birth to twins, then kill the least favored offspring. Female lions, mice, and monkeys abandon their newborns when a stud muffin wanders into their orbit. Those who survive are strong. They leave home long before they’re 21.

Oops. Gotta go. I hear my daughters yelling at me, wanting to know if I’ve finished their homework yet. See ya. 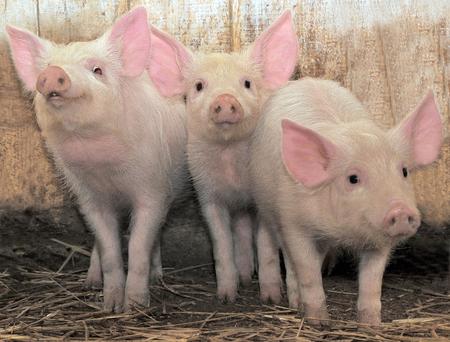