As we prepare for the peaceful transition of government in a nation divided by party, creed, economics, geography, religion, and race, it is perhaps instructive to remember this portion of George Washington’s Farewell Address:

I have already intimated to you the danger of Parties in the State, with

particular reference to the founding of them on Geographical

This Spirit, unfortunately, is inseperable from our nature, having its

root in the strongest passions of the human Mind. It exists under

different shapes in all Governments, more or less stifled, controuled,

or repressed; but in those of the popular form it is seen in its greatest

rankness and is truly their worst enemy.

The alternate domination of one faction over another, sharpened by

the spirit of revenge natural to party dissention, which in different ages

& countries has perpetrated the most horrid enormities, is itself a

frightful despotism. But this leads at length to a more formal and

absolute power of an Individual: and sooner or later the chief of

some prevailing faction more able or more fortunate than his

competitors, turns this disposition to the purposes of his own elevation, on the ruins of Public Liberty.

Without looking forward to an extremity of this kind (which nevertheless ought not to be entirely out of sight) the common & continual mischiefs of the spirit of Party are sufficient to make it the interest and the duty of a wise People to discourage and restrain it.

(Excerpted from the University of Virginia, The Papers of George Washington, Farewell Address – Transcription) 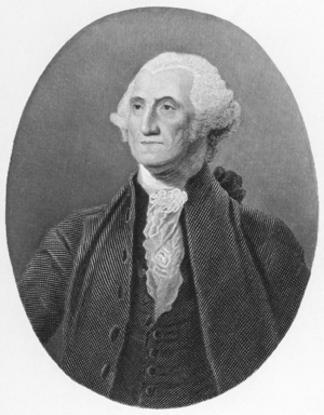