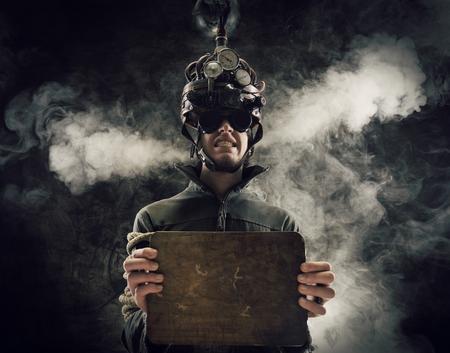 I’m on quite a few email joke lists. One of the recurring emails is the nostalgic list of how things used to be. When times were simpler. When mom stayed home and virginal girls wore bobby socks and danced chastely to 45 rpms.

The recurring theme of these nostalgic emails

Missing from those lists is how cool

cigarette smoking was in the good ol’ days.

It was the day of Lucky Strikes rolled up in a

non-smokers rule and smokers are pariahs.

And, yes, look at the mess we’re in now.

ignore it, but there is evidence that right-

thinking and family values are tied to

To wit: Researchers reported this week that non-smokers apparently suffer from brain damage.

Well, they didn’t actually draw that conclusion. What researchers discovered was smokers with brain damage were 136 times more likely to become non-smokers. One brain-damaged patient told researchers he simply “forgot the urge to smoke.” Researchers are hopeful it may lead to more effective methods of freeing humans from the evil weed.

But I maintain their research is incomplete and they may want to research ways to repair the brain damage instead. Researchers, after all, only inspected smokers, not non-smokers. A study of non-smokers, I am sure, would confirm non-smokers are predisposed to brain damage. It would explain both the un-American habit of non-smoking and, yes, the mess we’re in today.

Do not forget that without tobacco there would be no America. Four hundred years ago the evil weed was the “golden weed.” In four years, tobacco entrepreneur and Pocahontas spouse John Rolfe went from shipping four pounds of tobacco to England to shipping 49,528 pounds overseas. And so an empire was founded.

Yet last year, the National Association of Attorneys General reported smokers had fallen to their lowest level since 1951—not coincidentally the last time unbridled patriotism reigned in the United States. The per capita consumption of tobacco today has fallen to pre-1930s levels.

In the 1950s, would the National Institutes of Health be underwriting a study of gay sheep as they are today? Would employees of People for the Ethical Treatment of Animals be charged with 21 counts of animal cruelty? I think not.

Cigarette smoking, as any smoker can tell you, is a great stress reliever. It is on that basis that some hospital workers are fighting rules to ban smoking inside and outside medical facilities. To deny cigarettes’ stress-lessening agents to the 21% of American adults who still smoke constitutes cruel and inhuman punishment, they say. “Their children are in here for a crisis and we’re supposed to tell them you can’t go smoke?” one nurse asked a Chicago Tribune reporter. “How can you do that?”

And that lack of a stress reliever is exactly why we’re in such a mess today. I don’t know it for sure, but I’d bet that Michael Richards, Isaiah Washington, and Mel Gibson are non-smokers. And doesn’t anyone see the relation between smoking and what passes as political dialogue today? Who really believes that partisan talking heads talking over each other and screaming at each other is healthy for America?

So I urge the researchers to go back and find that part of the American brain that has been cut off from America’s heritage and therefore damaged over the past five decades. Then repair it. Quickly. The mess is getting worse by the minute. If we do not return to those values onto which this great nation was founded—and soon—ashes are all that will remain.