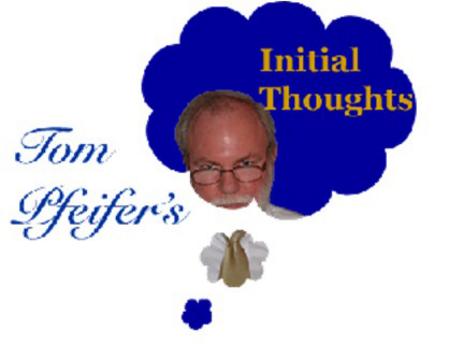 Earlier this week, the Food and Drug Administration warned Americans not to eat commercially packaged raw spinach because of widespread contamination from a particularly virulent strain of the deadly E. coli bacteria. One hundred spinach chewers in 20 states from Connecticut to Washington have been infected from the green menace so far.

It is, perhaps, the first successful bioterrorism

himself declared that “patience and

steadfastness” are the keys to terrorist

This particular attack has its roots in the

15th century when spinach was introduced

to freedom-loving Europe from heathen

Persia. Today we know Persia as Iran. Need I

Anyway, spinach is often glorified as a health

food, but, in fact, its oxalic acid inhibits the absorption of calcium and iron, proving even then the insidious intent of Islamic terrorists. But crusading Europeans didn’t know that. Spinach’s lagging popularity was due more to the fact that spinach tastes like dung. Ironically enough, E. coli makes an infected consumer produce enormous quantities of dung. But 15th century terrorists—called assassins back then—didn’t know how to exploit that. So they waited.

Enter Hollywood, center of the cynical and sinister, which never knew an American enemy it couldn’t coddle to. The year was 1933.  Sex sells, and Popeye the Sailor was introduced to American movie screens via Betty Boop, that curvaceous celluloid vixen with collectable cleavage. Popeye transformed the spinach industry. Sales jumped 33%. Crystal City, Texas, the spinach capital of America, erected a statue in Popeye’s honor.

By 2002, every American was eating an average of 1.4 pounds of spinach a year, the highest amount since the 1950s, when Islamic terrorism was at an historical low but being fired up by the second coming of Israel. Today, the United States is the world’s second-highest producer of spinach. Sixty percent of spinach consumed in the U.S. is fresh. In fact, according to the Agricultural Marketing Resource Center, “much of the growth over the past decade has been from sales of triple-washed, cello-packed spinach”—exactly what was recalled this week, and a bioterrorist’s dream.

While salt-of-the-earth farmers chased the American dream, clueless Hollywood continued its complicity in the terrorist plot. King Features Syndicate boasts today, “’Popeye’ remains one of the most widely recognized and best-loved personalities ever.” As a result, the value of U.S.-produced spinach tripled between 1992 and 2002. After six centuries, the stage was set.

How, you ask, can I be so sure of the connection to Islamic terrorists? Terrorists often release statements just before an attack. Consider that just prior to the spinach recall, Iranian President Mahmoud Ahmadinejad called on America to “bow down before the greatness of the Iranian nation and surrender. If you don’t accept to do this, the Iranian nation will force you to surrender and bow down.”

Our course of action is clear. Popeye must be stopped. He is clearly an Islamic terrorist plant. Ever wonder why Popeye carried a torch for Olive Oyl instead of Betty Boop? The board instead of the vixen? Could it be that Ms. Oyl’s shape was the cinematic representation of the burka?

A missile fired across Texas from President Bush’s Crawford ranch could quickly and easily take out the Popeye idol in Crystal City. It won’t immediately end the threat, but it would send a message to the terrorists that we’re onto their 600-year-old scheme. This is war. It’s time to poop or get off the pot.