At the dawn of creation, or at least the part of creation that really counts, Eve presented Adam an apple in the Garden of Eden, thereby sealing women’s fate as the conniving tool of Satan.  An apple that day made women second-class citizens for eternity in the eyes of God, a role women have been trying to allay ever since.

and born again. Then, at the dawn of

took on the mantle of female rights,

conveniently ignoring the Declaration of

“all men are created equal.” As John and his

feverishly to create a stable government,

Abigail prodded her husband to “remember

the ladies, and be more favorable to them

than your ancestors. Do not put such

unlimited power into the hands of husbands.”

John, being a descendant of the purity of Puritanism and well aware of Satan’s hold on the female psyche, rightfully was not moved. “I cannot but laugh,” he responded, thereby guaranteeing himself a place among our most revered Founding Fathers.

Centuries passed. Then a new dawn brightened America with the bra-burning era of the early ‘70s. This delighted all men who were wondering why boobies couldn’t be free just because women were enslaved. But it distracted them as well. That most likely was the plan.

Mesmerized by the bouncing boobies, Congress in 1972 (which was dominated 520-15 by men then) passed the Equal Rights Amendment. Satan came close to gaining the upper hand, but, with only three states still needed to ratify the radical female agenda, providence stepped in during the early ‘80s and stalled the movement. The ERA was dead. The only downside was women retaliated by putting their bras back on.

Men and God won the battle, but Satan and women continued to wage the war. By 2006, a record 85 women were serving in Congress. Earlier this year, the House of Representatives elected its first female Speaker, third in line to the presidency. Odds-makers give Hillary Clinton a good chance of winning the presidency outright next year. Rudy Giuliani declared Clinton-style that his wife would have a role in Cabinet meetings should he be elected president.

And this week the ERA was reintroduced, now blatantly called the Women’s Equality Amendment.

Today’s women are increasingly bringing home the bacon, emasculating their partners like a black widow spider. More than 25% of wives now earn more than their husbands, up from less than 18% 20 years ago. College-educated women have seen their salaries rise nearly 35% since 1979, while salaries for college-educated men have gone up just a bit more than 20%. Women who work for female managers have erased the so-called “gender gap,” but men who work for women earn less. Fifty-eight percent of today’s college students are women. They get better grades and graduate quicker. Can Armageddon be far behind?

But even those signs are blindingly clear compared to the covert battle women are fighting quietly with their bodies. Thankfully, some enlightened men in the journalistic field are figuring this out. Los Angeles Times Staff Writer Thomas H. Maugh II reported on one insidious female tactic this week, that women are eating beef, lots of beef, during pregnancy. Doing so apparently has no effect of female offspring, but it lowers their sons’ sperm count by 25% and triples their chances of having fertility problems. Porsche, by the way, is very interested in this study.

There also may be a reason why women do better than men in college these days. Women who eat more fish when they’re pregnant produce children with higher IQs. Are women intentionally avoiding seafood when carrying a boy?

Women are clearly on the move. Should they gain power, Satan wins. So do the terrorists. And Johnny Appleseed. 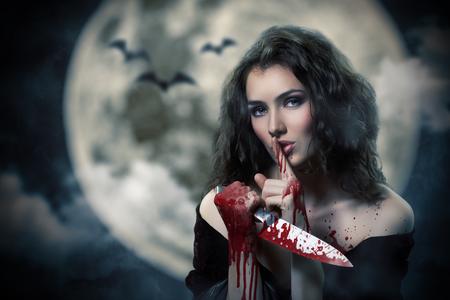