If you want to successfully compete with your competitor cats, you should

Because, as print author and electronic communication aficionado Brian

Solis noted at a recent PR Measurement Conference, “We all compete with

2 million cat videos on YouTube in 2014, which had been viewed a staggering 24.6 billion times. Solis was making the case that online marketers compete with cat videos—and many other distractions—for attention from our potential consumers. Therefore, to distract people from watching cat videos long enough to watch your video or to take action on your message, you have to stand out.

What does that have to do with becoming an author? It’s that way in the non-virtual world too. As small business people, you also compete with cats. Your cats are the furry and smooth-skinned competitors who do the same thing you do. To stand out, to distract your potential clients from your competitors, you need to do something very different.

Being an author is a very good way to stand out. Even Solis, who lives in the virtual communications world, has published print books to stand out.

Authors are rare. I was at a networking event in April right after I published my first book. Friends Colleen and Tad attended to kick off their celebratory birthday weekend because our event host was a local craft beer brewery. Colleen’s daughter Erin had come up from Richmond to partake in the festivities. Erin made the comment, “I don’t believe I’ve ever known an author before.” To which I rather stupidly and flippantly replied: “Now you have.”

I said that because I was surprised by her statement. I live in a circle of fellow writers, several of whom are published authors. But that’s my circle. I hadn’t realized how small a circle it was. The Bureau of Labor Statistics reports only 136,500 writers and authors were employed in 2014 out of a population of about 320 million. That’s not a lot—.0004%—and I would say most of them are writers but not authors.

I say that because even though I know many authors, most of the writers I know are not authors. In fact, when I published my book, several of my writer friends congratulated me with something to the effect of: “Congratulations. Many of us talk about writing a book, but few of us do.”

If you actually write one, those 81% who are thinking about writing a book are going to think you’re pretty cool because you’ve accomplished something they have only talked about.

In three chapters, Write It, Speak It: Writing a Speech They’ll APPLAUD!gives

you the tools you need to produce a more effective, powerful, and memorable

speech. Chapter 1 discusses the rules and good practices of all effective

writing. With that foundation set, Chapter 2 sets out the ways in which speech

writing differs from other forms of writing, and how spoken language allows

you to make your words come alive. Chapter 3 provides you with techniques

to write more powerful and memorable speeches through storytelling, timing,

Tom Pfeifer has been a professional communicator for more than 30 years. In

Write It, Speak It, he uses research and personal stories to show how you can 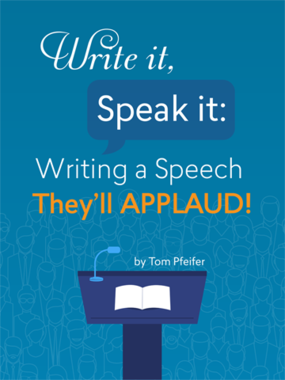 To Compete with Cats, Become an Author 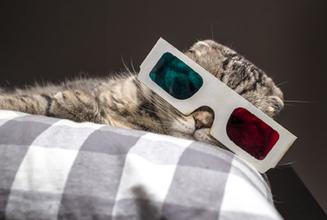