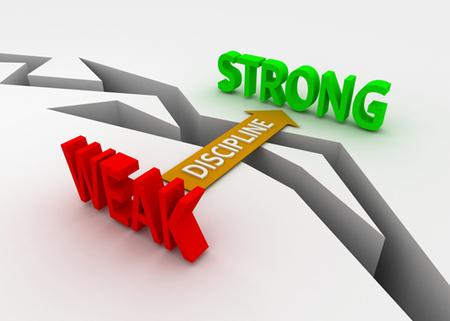 days from now, it won’t be because he’s a misogynist,

bigot, or an egomaniac. It won’t be because of some

vast left-wing conspiracy. It will be because he ran the

most undisciplined campaign in modern American

Because of that, he will lose to a Democratic candidate

who was easily beatable. Hillary Clinton has more

skeletons in her closet than a party store the day after

Halloween. The majority of the American people do not

like her and do not trust her. But she will win, and win

handily, because hers is the more disciplined campaign.

Donald Trump would not be our first misogynistic,

bigoted, and egomaniacal president. But the other

misogynistic, bigoted, and egomaniacal candidates ran disciplined campaigns and we didn’t know the true measure of those traits until they left office.

The No. 1 rule of any campaign—political or otherwise—is to stay on message. Being disciplined doesn’t guarantee success. But being undisciplined guarantees failure. The Republican’s message should have focused on healthcare and the middle class. On small business taxes. On how Obamacare has made health insurance unaffordable for the masses and deprived small businesses the opportunity to care for their employees. It should have been laser-focused on Hillary’s ties to Wall Street and the hundreds of thousands she was paid for just three speeches to Goldman Sachs. Although the details leaked just a few days ago, the fact that she would not disclose anything about them was damning on its own.

Those are the messages Bernie Sanders used to come from way behind and nearly knock her off the November ballot.

But The Donald could not do that. Instead of privately fretting with aides about the media, or the bimbos, or the Mexican-American judge, those were the topics he publicly laser-focused on. Instead of apologizing sincerely for the 2005 videotape, he attacked others over it for days and ensured it remained the focus of news coverage.

Here’s how that should have gone for The Donald:

“I said some hurtful things about women for which I am not proud. It’s not the man I am. I apologize to the women I have denigrated and advise all boys and young men to take this as a lesson as how not to treat women.”

If it was brought up again, he could point to his apology and move onto healthcare for mothers. Or his plan to make the workplace equitable for all. “Because that’s how you treat women in our society.”

He took the bait when Gold Star father Khizr Khan criticized him at the Democratic National Convention. He took the bait after the first presidential debate by keeping alive the controversy over former Miss Universe winner Alicia Machado, including several middle-of-the-night tweets. He is so easy to knock off message, the disciplined Clinton campaign sets him up for it.

“The Clinton campaign could not have asked for more,” Clinton supporter David Axelrod told Politico after the first debate. “[The Clinton campaign] wanted to make this an issue and he is cooperating in that project. And I'm telling you, none of his advisers are telling him to do this. This is the way Donald Trump is. He's very reactive. The Clinton folks figured that out, they were pushing his buttons all throughout that debate and he is still reeling from that.”

Had Trump been disciplined, he could have won the White House against a very weak Democratic opponent. He would have proven himself fit for office. Hillary Clinton should not be able to claim the mantle of the presidency. But she will. Because she ran the disciplined campaign against a candidate who could not rise above himself.