Sign Up for Email Updates
Or text CONSISTENCY to 22828
We will never sell nor share your information.

We Are at War. Choose Your Side Wisely

As I watch the images of Washington, DC,

I do not see a nation preparing for the

peaceful transition of power, I see a nation

at war. Soldiers dressed in camouflage

with automatic weapons at the ready line

the streets of the capital. All transportation

routes in the heart of the city are cut off.

When the history of our 21st century civil

war is written, historians will note that

Charlottesville was the first skirmish in the

at the U.S. Capitol its first battle. It’s a battle

the unionists won, but the confederacy has

It’s important to realize what we’re up

against. Reasonable people call the Capitol

attackers domestic terrorists. But one

man’s terrorist is another man’s freedom

fighter. The Capitol attackers and their

sympathizers see themselves as freedom

fighters. They are true believers. They will

fight to the death to preserve their way of

life that they see as being under attack, just

as the South did in our nation’s first Civil War. That makes them extremely dangerous.

There are other parallels to the first Civil War. Our current civil war is being led primarily by white supremacists. They believe white, Christian people are God’s chosen people and all other races and religions are inferior and should be subservient to us. They see their way of life as being under attack and act out accordingly.

There also are stark differences. In the first Civil War, it was primarily the northern states vs the southern states. There were clear-cut boundaries. Today, the enemies of the union live throughout our nation. They are our neighbors and in many cases our relatives and friends.

The one to whom they pledge their allegiance is Donald J. Trump. That, ultimately, could be their downfall. Trump doesn’t care about them any more than he cares about Nancy Pelosi. They are merely pawns to his narcissism. I don’t believe Trump meant to create the insurrection at the Capitol. I don’t think he’s that intelligent. Nor do I believe he’s a true believer in anything or anyone but himself. But he reveled in the attack nonetheless because the enemies of the union were giving him the love he craves. And he gave them love in return.

After Inauguration Day, the courtrooms where Trump ultimately will be tried will be the next battlegrounds. The enemies of the union will attempt to free their titular leader. Trump, of course, will egg them on because it fits his narcissism.

But just as it’s not about the confederacy for Trump, it’s ultimately not about Trump for the confederacy. Trump is just the chump on whom they could hang their red baseball caps. The revolution was brewing long before Trump ran for office. He only created the perfect storm.

Now the storm has been unleashed. States bracing for “protesters” on Inauguration Day will be overrun. They must prepare for a U.S. Capitol-style attack.

The war is on. There can be no neutrality in this war. You’re either a unionist or a confederate. Choose wisely. And may God have mercy on all our souls.

Tom Pfeifer is president and CEO of Consistent Voice Communications and author of Write It, Speak It: Writing a Speech They’ll APPLAUD! Reach him at Tom@YourConsistentVoice.com.​​ 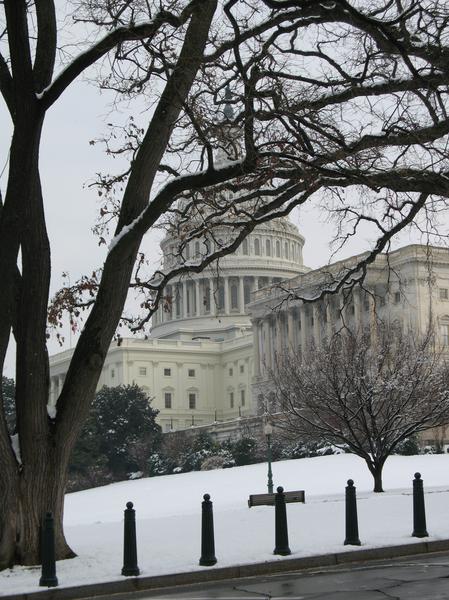